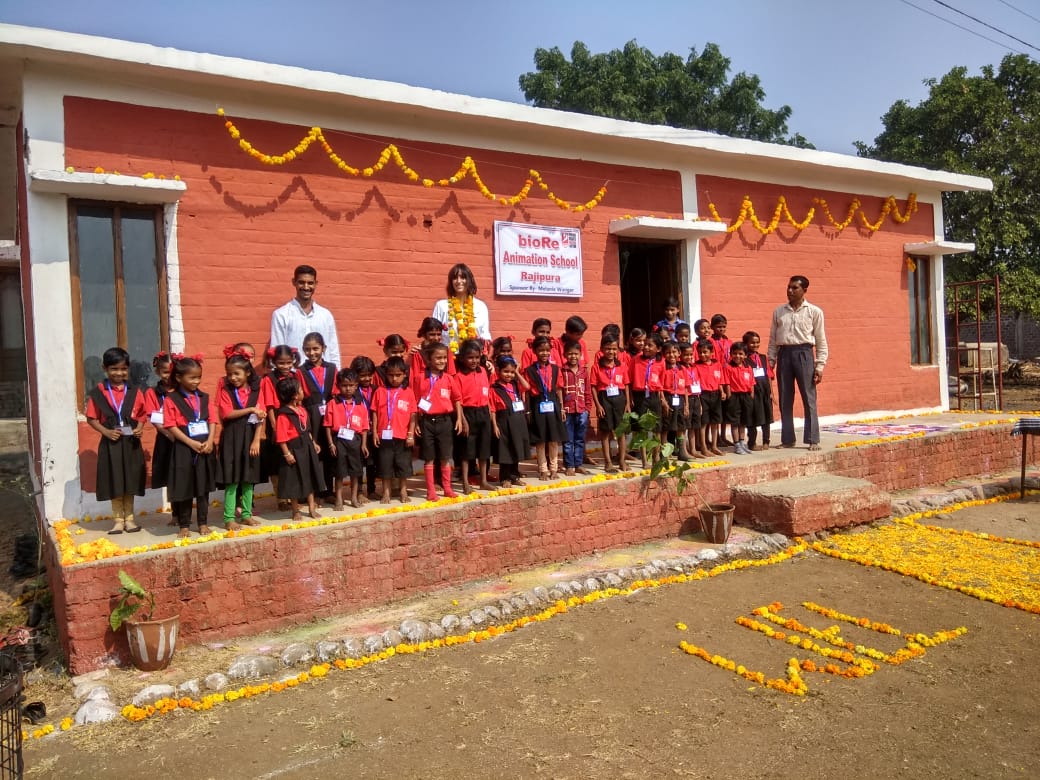 Education – Rural education is one of the important factors in India, which can effect overall development of rural community.  Quality and access to education is the major concern in backward region.

In field of education there are 2 programme are implementing by bioRe association first one is Animation school programme and second one is promotion of academic as well as vocational education through bioRe public school.

Animation schools are unique model of community participation. Animation school concept works in a phased manner. Initially a animation school runs in farmers’ houses and later on villagers built temporary structures for theses schools. Once the community offers land to build the school building, the building for the schools is constructed with basic infrastructure. During whole process all benefits such as school books, bags, uniforms, teachers, health check up, vocational training, exposure are being provided by the bioRe Association with the help of bioRe Foundation, Switzerland. Animation schools gets recognition by the state government as community schools which allows our children to exercise the option of accessing further schooling once they complete their primary education.

At present (July 2019-20) we are running 18 animation schools where more than 1100 tribal children are beneficiaries and they are getting free of cost primary education.

bioRe has setup  one big school and setting up two more such school in future where these children will receive further academic as well as vocational skill. First bioRe public school has already started at village Ojhara.

It is first school of the start to promote vocational skill of ( such as – Electric, Wireman,, computers, and  Sewing technology) rural relevance along with academic education in state of Madhya Pradesh.

bioRe Association was set up in 2003 to support organic farmers. It is registered as society under MP society Registration Act 1973. It is organic farmer’s organization managed by farmers. It also works as social wing of bioRe textile chain in India.